I am God-awful at keeping surprises a secret. Seriously. It’s torture. To appease my nagging inner child, I play conversational games with myself where I drop hints to the unwitting recipient and more often than not, I just blurt it out because I JUST COULDN’T KEEP IT IN.

Against all odds, I managed to keep the biggest surprise ever from my boyfriend, Dan, for the past few months. He’s a die-hard K-Pop fan (I really ought to write about K-Pop one day because it’s basically everything) with a penchant for all things Seoul city, so after one particularly brutal day at work, I decided to blow all my savings on a South Korean trip for two.

In a move that could either be seen as adorbs or totally psychotic, I got in touch with his boss and booked the time off work. I figured out who could look after my cute little hamsters and his beautiful Siberian husky for two weeks (sad face). I did some detective work through his mum (I don’t think there are many girlfriends out there who aren’t quite sure whether their boyfriend’s passport says Reverend, Lord or just plain ol’ Mister). I hooked up with a Seoul local via Air BnB and booked ourselves a new home for two weeks.

I woke up at 5:30am on his birthday morning and facetimed him while he looked around the house for clues (long distance relationships can be kinda cute. Or sickeningly saccharine). Seeing his reaction when he found out was amazing; but planning our itinerary has been even better! I can honestly say I’ve never been more excited about a trip. Close seconds would be my round trip of Thailand, Vietnam and Cambodia, and my trek around Japan. You might see a theme of the kind of countries I like to visit…

Anyway, here’s what Dan and I are going to do in Seoul. Consider this the first of many South-Korea themed posts.

We’re also going to go on a DMZ (demilitarized zone) tour but I don’t know; it seems kind of disrespectful to include it in a throwaway listicle alongside a sheep cafe…

Hang out with some sheep at Thanks Nature Cafe

Seriously. Cat cafes, ok. Puppy cafes, sweet mother of hell can I go. But sheep cafes?! This is truly the most wonderful news I’ve ever had and oh good God, I am going to go and make about twelve new sheep friends. 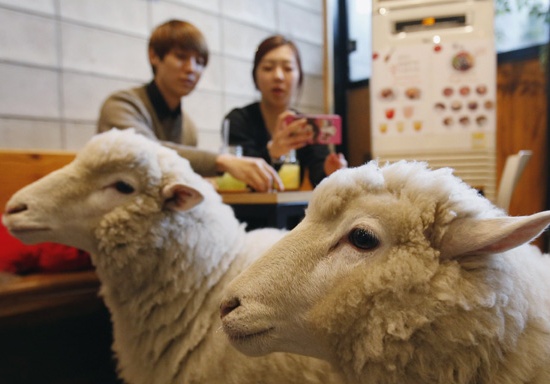 And take in the views at this national park. Just in case the 30 degree heat isn’t knackering us out enough. 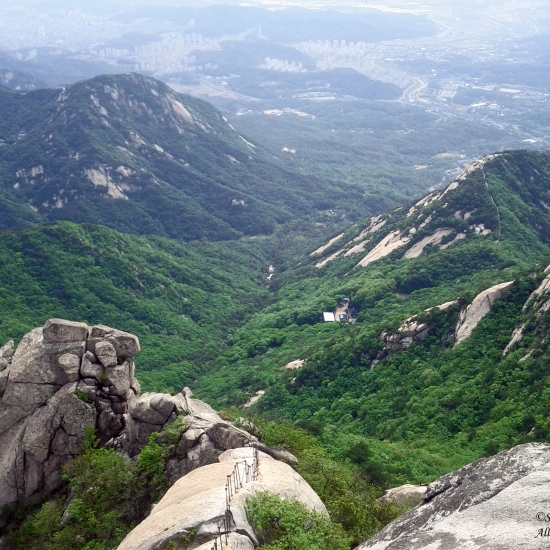 Rest our weary feet in a Hanok

One of the best experiences I had when backpacking around Japan was staying in a traditional inn, called a Ryokan. Likewise, staying in a Bedouin camp in the Wadi Rum desert was a highlight of Jordan; I just love seeing traditional lifestyles. There’s no way I’m going to Korea without staying in a Hanok. Historically, they weren’t inns the way ryokans were; but some do exist in Seoul so I’m sure as hell seeking them out. 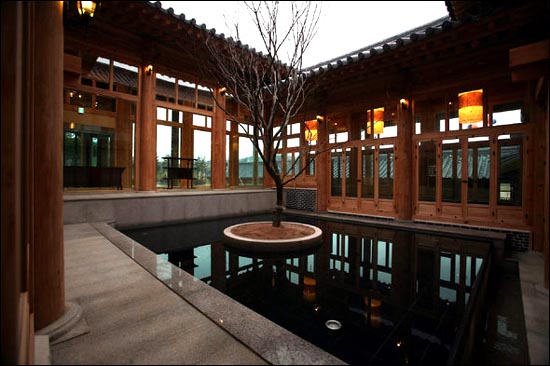 Relax in a ginseng and cedar bath

Seoul takes its spa days seriously. We have that in common.

Get home inspo at Gyeongbokgung Palace

I have grand visions of the home I will one day design, and what better place to get my inspo than this ditty:

You’ve probably heard some pretty horrible things about dog farming – which is UNREGULATED – in Korea. Although their meat farming practices are generally regulated, it just kind of puts me off the idea, so I’m going to attempt a vegetarian fortnight. It might be tough, considering how rare vegetarianism is out there; but I hear the vegetarian chain restaurant Loving Hut is going to very much be my friend. As is kimchi, bibimbap, somandu and gamja jon. Check out this guide to being vegetarian in South Korea – handy!