So since my failed attempt of a trip to Seoul, which had to be cut short to a grand total of 36 hours , I’ve been looking ahead to a consolatory trip a little closer to home. I’m thinking Dubrovnik, or a Scandi road trip, or perhaps… dun dun dun, the Greek islands. Because just look at it: 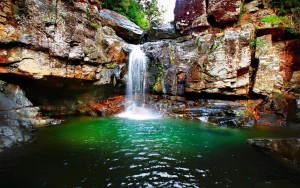 Post-Seoul, I landed after 24 hours on what I have since dubbed ‘the Ryan Air of long-haul flights’, Cathay Pacific. For the best part of a day, I’d been subjected to a teeny tiny sitting space, inedible gruel and cinematic travesties like Friends With Benefits*; and yet my shoddy-flight woes seemed to pale into insignificance when I remembered my parents were sunning themselves in Greece. Yes, THAT Greece. You know, the OXI one that is currently causing quite the economical ruckus.

I hate to burst the sensationalist media’s bubble , but other than the queues at cashpoints being unusually long, my parents reported little to fear as tourists on the islands. I also read an interesting post on theguardian.com, imploring Brits with disposable cash to take their tourism Greece-wards because ‘showing solidarity through tourism is a win-win situation: you get a cheap holiday in a beautiful country; Greece gets a much-needed injection of cash’. Never a truer sentiment said, Alex Andreou, and one I was further convinced of just a few nights later.

There’s a restaurant opening in party town Mykonos, and it’s one that comes highly recommended by yours truly. No, I haven’t managed to jet-set my way there (yet), but new foodie destination Ling Ling is currently lending its menu to both Hakkasan restaurants in London (Hanway Place and Mayfair).

For one night only, some tres lucky individuals got a taster of Mykonos’ new platters. The super-talented chefs have reinvented presentations of smaller plates, providing the opportunity to share and try out a variety of Cantonese-style dishes. We tried some wonderfully delicate dim sum, spicy prawns and macaroons and watered them all down with the rather sweet, yet minty Ling Ling Collins cocktail. The whole Ling Ling experience is designed to evolve throughout the night, taking you from dining to drinking to dancing, in no particular order (I, for one, plan on doing the latter between each course). 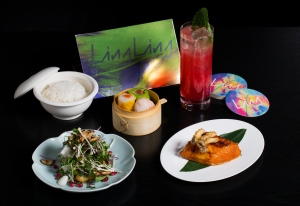 Speaking to some of the reps, it seemed that the Mykonos location is the perfect setting for this fluid escapism, comprising of an open-air restaurant and bar, private dining and lounge. Word on the street says the champagne just keeps flowing there, and no amount of bad press shuts down that party. Definitely sounds like my kind of place, so perhaps that’ll be the thing to tip me over the edge and follow Alex Andreou’s advice to take a trip to a Greek island and embrace the chaos. 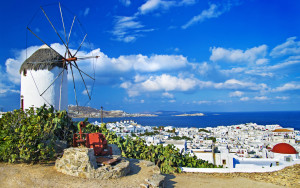 *A particularly shoddy chick flick, in which Justin Timberlake and Mila Kunis have a lot of 21st century sex and – shock horror – realize that THEY ACTUALLY LIKE EACH OTHER AFTER ALL. I had to turn it off after Mila Kunis’ character started spouting about her bodily insecurities. My ‘are-you-KIDDING-me?!’ eyebrow had a field day.